Tincknell Heating Services is March 2017’s Which? Trusted trader of the month

The long-established family fuel business is relatively new to Which? Trusted Traders, but quick to win the coveted monthly prize.

Tincknell Fuels is a long-established family fuel and heating-services business. Started over 60 years ago, Tincknell Heating Services, part of the Tincknell Fuel group, now employs over 25 dedicated people operating throughout south-west England. It prides itself on being a one-stop shop for oil-fired appliances, and is increasingly moving into the gas installation and servicing market too.

Nick Turner, parts and installation manager, has been at Tincknell Fuels Ltd for 16 years and says he still looks forward to coming in to work after all that time. Nick puts that enjoyment down to the fact that Tincknell Fuels Ltd is a family company that wants to provide excellent customer service and see the job through, and takes pride in what it does.

Read our guide to find out more about how to become Which? Trusted trader of the month, or read on for more on Tincknell Heating Services and the reasons for its win.

Becoming a Which? Trusted trader 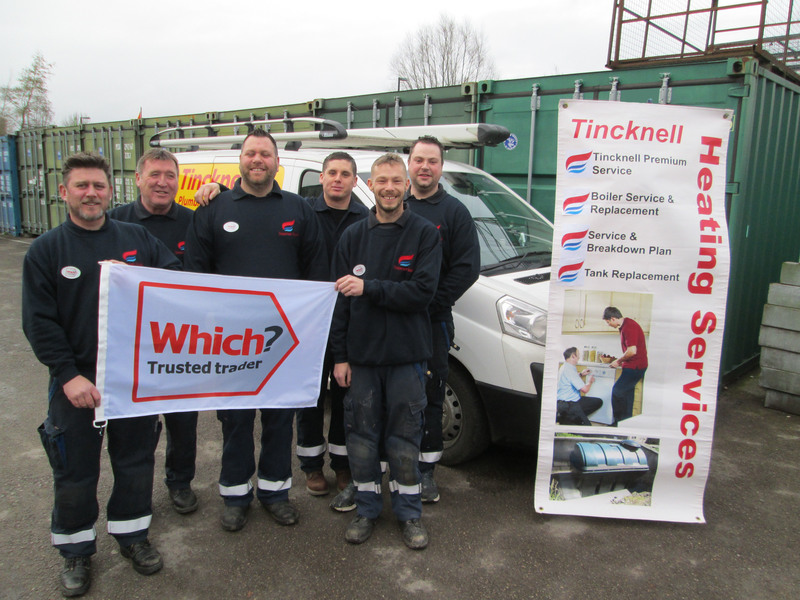 Tincknell Fuels Ltd is a well-established firm, which hadn’t considered joining up with an accreditation scheme until one of its business partners suggested it. Nick told us: ‘Looking around, it was clear that Which? was a well-known brand that was trusted by our customers.’

The business was already switched on to providing great customer service. After each boiler or tank installation, Tincknell Heating Services presents the home owner with a bouquet of flowers. Nick says: ‘It’s a way of saying thank you for the order and putting up with the disruption that takes place while it’s happening.’

Even with this level of customer service, Nick said it wasn’t easy gaining accreditation, but largely thanks to the efforts of Sam in the office, the team were delighted to be endorsed in November 2016. The company’s swift response to all outstanding actions required as part of their endorsement and embracing of the scheme were two of the things that impressed the judging panel.

And being a Which? Trusted trader is already paying dividends. Nick told us he has seen a noticeable improvement in conversion rates from quotations. ‘It’s fantastic for us,’ he said. ‘Sending out the terms and conditions along with our quotations, plus the code of conduct, gives customers the peace of mind that they’re dealing with a professional company.’

Nick believes it’s important to ‘put your heart and soul into building up the business relationship with Which? and the customers through using the code of conduct and the review process.’ He said: ‘You can offer a first-class service as a business, but with Which? Trusted Traders you can prove it, through the reviews that customers leave on the site.’ 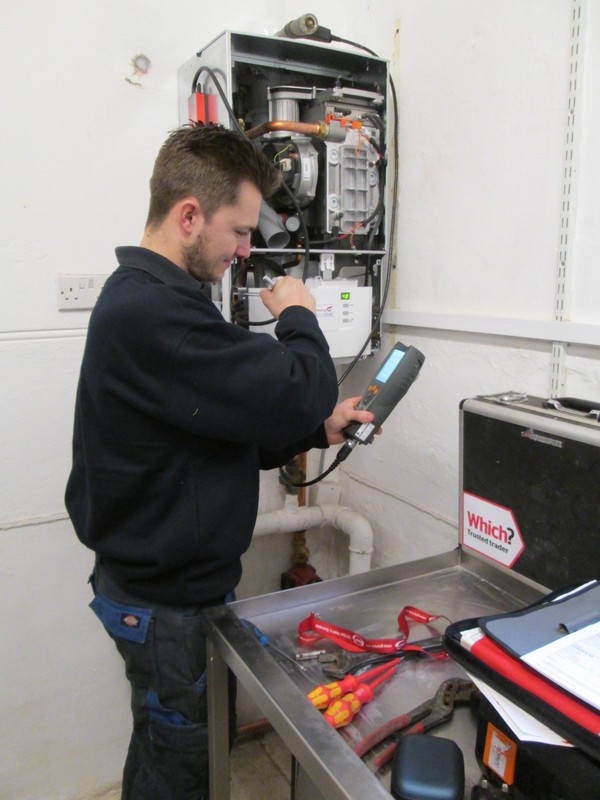 The business has had some great feedback about the flowers – as well as the installations. And feedback is really important to Nick and the team. He told us: ‘Since we became Which? Trusted traders, I get a real buzz out of reading the reviews from customers, based on the superb service that the installation team offers.’ Nick said they make every effort to encourage customers to leave reviews on the site, as these help other customers to choose Tincknell Heating Services – and they’ve managed to get more than 25 reviews in just three months. Nick and his team also take the time to respond to each of these reviews.

One of these excellent reviews, where the team had done everything they could to support a vulnerable customer, caught our judges’ attention:

My mother suffers from dementia and lives alone. Her boiler broke down and was condemned during a very cold snap. Nick sent someone out the same day to assess the situation and to provide a quote. Within a week the new boiler was fitted and commissioned, and my mum could return to her warm home and familiar surroundings. No mess, no fuss, just as you would want it.

Nick said the team were delighted to have won Which? Trusted trader of the month, and he has ‘had a smile from ear to ear since we heard the news.’

Congratulations to Nick, Sam and all the team at Tincknell Heating Services – March 2017’s Which? Trusted trader of the month.