Ashley Paving is a Family Run Business specialising in Block Paving, Driveways and Patios. We offer a professional and reliable service with years of experience and expertise.

We provide a selection of samples and materials for our customers to choose from and offer advise every step of the way. We work with our customers to ensure their vision and end result is created.

As a Marshalls Registered Landscaper we take pride in our accreditation and the high standards met in order to become a Marshalls Registered company in 2002. We want to supply high a quality range of materials for our customers therefore we use all Marshall's Paving Products for all Block Paving, Driveways and Patios.

We are also proud to share that Ashley Paving is a vetted and approved Family Run Business permitted by Trading Standards. 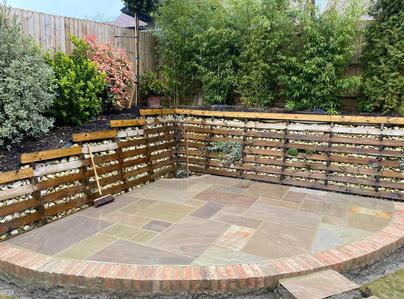