With over 20 years of plumbing experience, Paul Bennett set up Redstone Plumbing and Heating in 2001. The company engineer solutions for all aspects of residential work. Paul Bennett is a Gas safe registered engineer and the family company specialises in total bathroom refurbishment, boiler and heating installations and maintenance.
We are proud to be associated with the Worcester Bosch Group as an accredited installer, offering up to 10 years warranty on their award winning boilers. We have also achieved the status of a WHICH? Trusted Trader. When contacting us please let us know how you heard about us.
We offer the highest levels of Customer Service, beginning with our free written estimate which we aim to have delivered to you within 7 days of our first visit.
Interest free monthly payment options are available.
We look forward to your call. 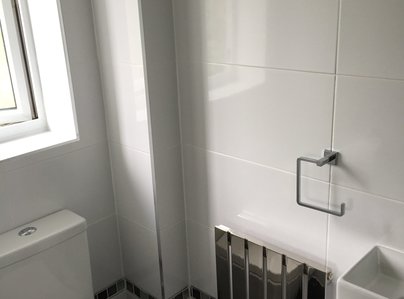