Would you like a plumbing company that is flexible, trustworthy and always strives to attain the very highest standards of workmanship and customer service? Then you’ve come to the right place.

All our operatives are fully qualified, friendly, reliable and offer the highest standards of service.

For added peace of mind, all of our work comes with a 12 month guarantee. So, whether the job is a leaking tap or a central heating installation, you can trust Prestige. 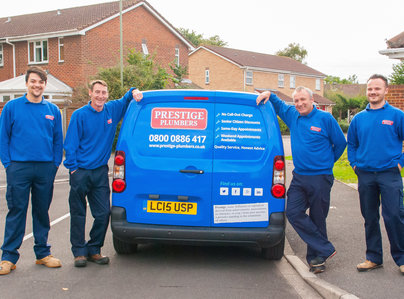