With more than 125 years' experience, our parent company Manns Removals is one of the longest established removals companies in the South East.

From a single liveried horse drawn carriage, we have evolved into the modern company that we run today, undertaking domestic, European and international removals. Together with our 20,000 sq ft state-of-the-art storage facility, providing fully insured, temperature-controlled, containerised storage you know that when you choose Surrey Hills Removals, you get the expertise of a larger corporation with the personal touch of a smaller business.

We genuinely care that your house move is as stress-free and enjoyable as possible, and strive to provide the same caring and quality service that we have since 1887. Our reputation for going the extra mile to exceed our clients' expectations has secured our position as the preferred local supplier. So relax, and let our friendly and experienced professional team take care of your move. 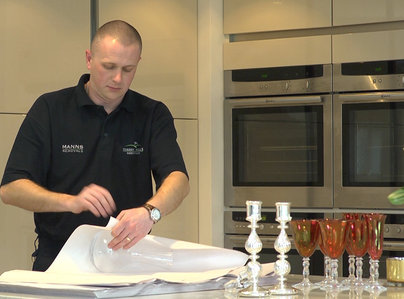 by 97% of customers
Sort by
Moving from Horsley to Cobham
Customer Service
Quality
Value
Everything was packed up beautifully. Surrey Hills waited patiently until we could go into the new home. They then put everything where it was needed with no hassle. The whole move was done in a relaxed and helpful manner.
Lesley in Surrey Posted on 19/05/2022 , work completed 27/04/2022
Recommended
Great Movers
Customer Service
Quality
Value
Excellent service, very friendly and competent staff. All work, carried out efficiently, with little fuss.
Customer in Surrey Posted on 18/05/2022 , work completed 29/04/2022
Recommended
Smooth and efficient house move
Customer Service
Quality
Value
Surrey hills removals team from first meeting through to arriving at our new home were a pleasure to have. Everything from the quotation being laid out and clearly discussed to options. Discussing the scheduling of the move itself to minimize our family disruption with small children was so accommodating and helpful. The move itself was not straight forward and the team were prompt, efficient, at most important so careful with all our belongings. We had no stresses at all and no ask or modification was too much for the team to help. The whole experience was one i would gladly recommend or repeat again at our next move. Having moved within the prior 18mths with another larger brand firm where we had an awful experience surrey hills were simply the best!
Customer in Hampshire Posted on 11/05/2022 , work completed 13/04/2022
Recommended
Full House removal for second time in one year.
Customer Service
Quality
Value
Very helpful, very competitive with a great workforce of caring guys. We were very happy with the service from start to finish.
Customer in Surrey Posted on 05/04/2022 , work completed 03/03/2022
Recommended
Great Service at a Fair Price
Customer Service
Quality
Value
Our goods were removed from Godalming into storage where they stayed for 8 months whilst we sought our next house. The removal process worked exactly to timetable and was completed by a small team of people all of whom worked well together, were efficient and personable. Storage was pre-arranged and simple to organise. Communications with Nick and the admin team were dealt with promptly and effectively. Scheduling our delivery from storage to the Isle of Wight was efficient and it was a particularly nice feature to find some consistency amongst the delivery team with those who had undertaken the original packaging. Those on site at the house during both the packaging and delivery were courteous, helpful, respectful and efficient. Thoroughly satisfied with the service and would fully recommend them.
Customer in Isle of Wight Posted on 05/04/2022 , work completed 15/02/2022
Recommended
Excellent Service
Customer Service
Quality
Value
We had excellent service. Paul, Josh and Pete worked tirelessly packing glassware and crockery putting it with everything else in the van on Monday and unpacking it 300+ miles in the frozen north on Wednesday. Courteous and helpful beyond the call of duty, and aided only by our offers of tea, coffee and doughnuts, they were the Duracell men come to life. Many thanks for a superb service
Customer in Cumbria Posted on 05/04/2022 , work completed 02/03/2022
Recommended
Good service, friendly team
Customer Service
Quality
Value
The team we had from Surrey Hills Removals were very efficient and moved us on time and with a friendly approach. Having had dreadful experiences with national firms before it was great to find a local firm providing a good service. The team did our fragile pack and all went well, although if I were to improve anything it would be the contents labelling for these boxes as more details could have been captured (multiple 'China and glass' boxes) but this is a very minor thing. The furniture breakdown and rebuild was well done and without damage. I'd definitely recommend this business.
Customer in Surrey Posted on 03/12/2021 , work completed 27/10/2021
Recommended
House removals
Customer Service
Quality
Value
I've used Nick Caporn and his team at Surrey Removals numerous times over the past few years to move house the most recent of which was in October 21. I have always found then to be efficient , on time , polite and most importantly reasonably priced. I would highly recommend them .
Customer in Surrey Posted on 29/11/2021 , work completed 07/10/2021
Recommended
Excellent removals service. Friendly and helpful.
Customer Service
Quality
Value
We used Surrey Hills to move us at the end of June 2021 when the housing market was at its peak of madness with everyone trying to complete by the end of the month for the Stamp duty reduction. The Surrey Hills team was very helpful and accommodating in putting together our removals plan particularly when the arrangements seemed to be changing daily. They were also all very friendly and understanding of the stressful nature of the whole process of moving. I would definitely recommend them.
Customer in Surrey Posted on 13/09/2021 , work completed 29/06/2021
Recommended
Move from Surrey to Isle of Wight
Customer Service
Quality
Value
Our move occurred during the '2021 moving mania' period of early July. So we considered ourselves lucky to be allocated a week-long slot then. But our greatest luck was to have found and chosen Surrey Hills. Their sheer professionalism at every point was appreciable. On the appointed week - being an 'overseas' our move was an extended one - Paul and his team looked after me and our property brilliantly. I was and remain truly grateful to Paul and team for making the move as easy as they did. They worked hard, they had a positive 'can-do' approach and were a pleasure to work with. And, when it came to unpacking, I am still thankful to them. Everything was packed by room, making it so much easier to find things later. (Other removers we've had previously have mixed everything together, making it nigh impossible to find things later.) I would recommend Surrey Hills without hesitation.
SM in Isle of Wight Posted on 12/09/2021 , work completed 09/07/2021
Recommended
Which? Trusted Traders