We are a long-established, renewable energy company and have been operating since 2004. We install solar PV panels, Tesla Powerwalls, heat pumps and solar thermal (hot water) systems. We also provide a comprehensive maintenance and repair service. Based in Horsham, West Sussex we are known for our technical expertise, high standards of workmanship and excellent customer service. We preserve our great reputation by never subcontracting our work to others and we keep our installations to a geographical area that we know we can support with ongoing service. 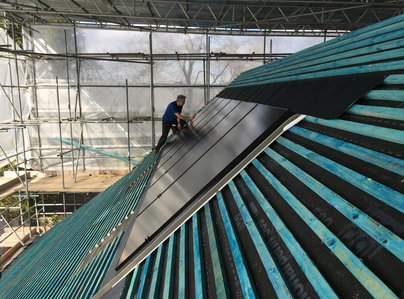